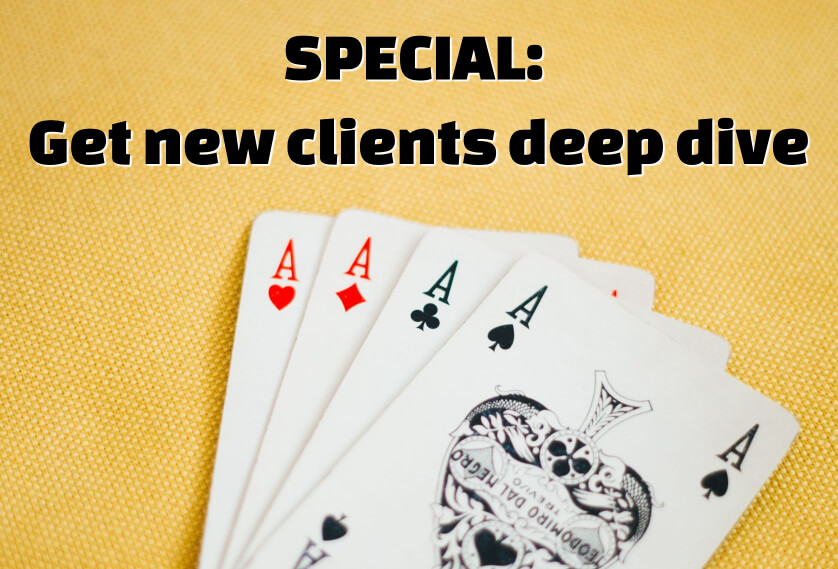 In this week's special episode

Unless you've reached capacity, I bet you'd love more new clients. If this is something you struggle with (most MSPs do), then this special episode of the podcast is just for you. Listen to a real marketing deep dive between MSP owner Jim Smith and Paul Green. Jim, from Philadelphia-based Proper Sky, has been doing pretty much everything he can to attract more clients, but reached out to Paul to see if he was missing anything. As expected, Jim was already doing some great marketing. However now with Paul's advice, is poised to make it work even harder and is preparing to invite more new clients into his business. The special extended episode this week has one sole focus - the full deep-dive conversation in it's entirety. Listen as Jim discusses his MSP's background, what marketing he's tried so far and his honest feelings on running a growing MSP - it's powerful stuff. There are definitely a couple of 'light-bulb' moments for Jim during this conversation and hopefully this special episode will help you too.